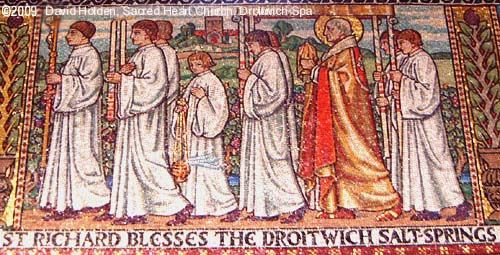 Richard de Wyche was born around 1197 near Droitwich, and became Bishop of Chichester in 1244. He was well known for his religion and beliefs, and miracles were attributed to him. When the Droitwich Spa brine dried up sometime between 1247 and 1249 he travelled back to the town to bless the springs and it was said that caused the brine to start flowing again. He was canonised in 1262 and St Richard’s Day was celebrated in Droitwich by decorating the brine pits with flowers annually on April 3rd for many years.

The Droitwich Barge Canal was built to carry salt from Droitwich down to the Severn and completed in 1771, and the Junction Canal was constructed in 1853/4 to try to revive the canal trade which had been eroded by the development of the railways. Both canals were abandoned in 1939. 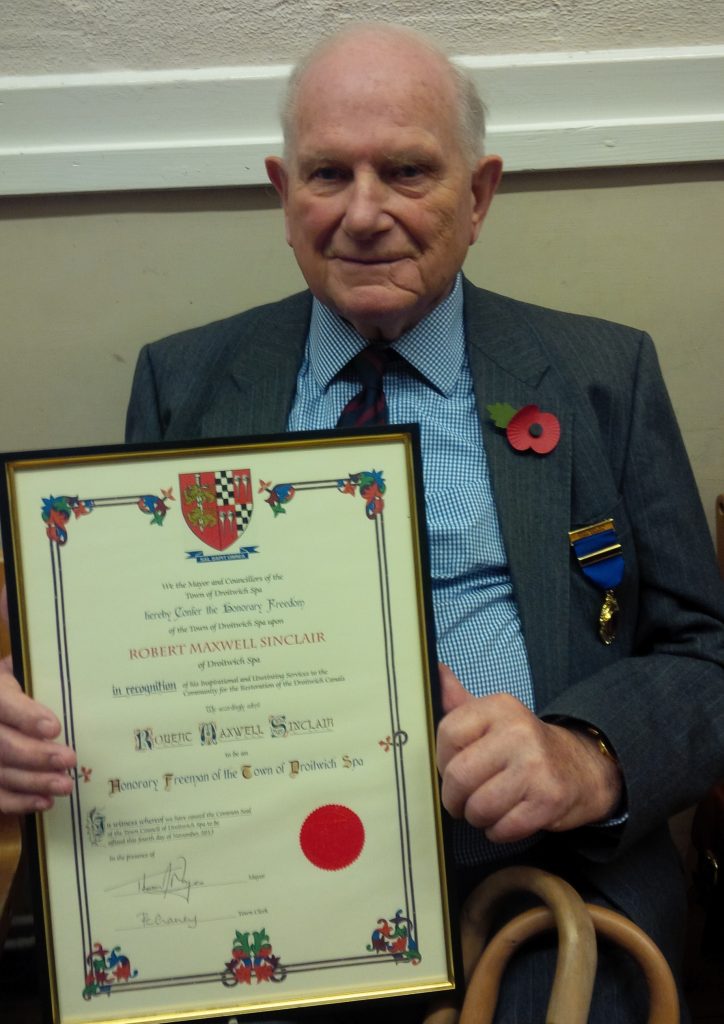 A campaign to restore the canals was initiated by Max Sinclair (pictured right) in the late 1960s and soon the Droitwich Canal Trust was formed. In 1973 work began on restoring the canals.

In 2001, as part of the Trust’s fund-raising campaign, annual summer water festivals in Vines Park were arranged, on the already restored canal in Vines Park, and in 2006 there was also a revival of the celebration of St Richard’s Day with a well dressing. From 2008 the two events were combined and held on the first Saturday in May.

The canals were fully restored in 2011 (all the way from Hanbury down to the Severn). In 2013 the Festival was extended to become St Richard’s Festival extending over the whole weekend with events in the town centre as well as in Vines Park.

Over the years that followed, Wychavon District Council became one of the main organisers of the event with more and more input from, amongst others, the Worcester-Birmingham & Droitwich Canals Society. In 2016 a decision was made by the Council to re-focus the festival back into Vines Park for 2017 and to step back on their involvement in the main organising of the event. This saw the Worcester-Birmingham & Droitwich Canals Society take over as the main organisers for the festival with the helpful support of the District and Town Councils and others.

After the success of the previous festival it was decided that this arrangement would continue and the classic car rally was moved back to the High Street.

In 2018, we celebrated the 45th anniversary of the start of the restoration of the Droitwich canals, our celebration of the life of the visionary, the late Max Sinclair (above right) and 100 years since the end of World War 1.

This all-weekend family event is now looked forward to by thousands of people every year in and around Droitwich Spa and surrounding areas.

Long may it continue.

Highlights of previous festivals have included: 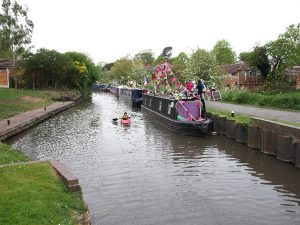 Large display of boats moored up for the weekend on the canal in Vines Park. Amongst the boats on display were many historic working boats. There was also a display of static engines.

The ‘Pamela May’ operated trips from Vines Park along the canal throughout the weekend and will do so again in 2020 with the all new Pamela May II.

There were model boats on display and demonstrations on the canal. 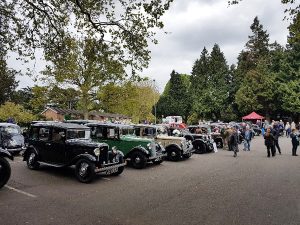 Vintage and Classic cars on display. We are awaiting confirmation if Vintage & Classic Cars will be on display for 2020. 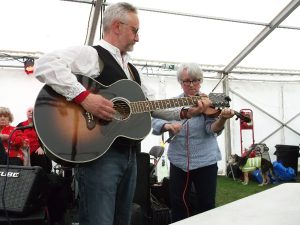 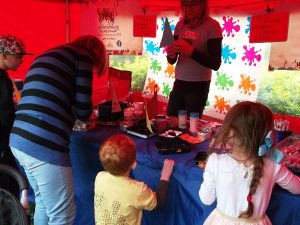 There was plenty to entertain both adults and children throughout the weekend – inflatable slide, duck race, face painting, WW1 exhibition, judo and much, much more. Similar arrangements will apply for 2020. 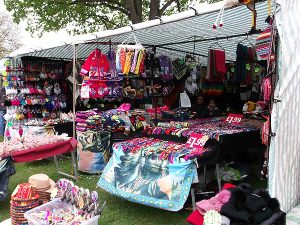 We’ve previously had a market selling a wide variety of goods including clothing, fruit & veg, knitted products and toys & games. We are waiting to confirm if this will take place in 2020. 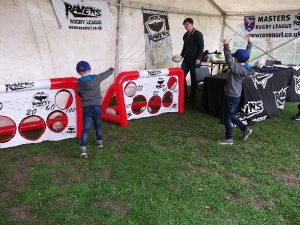 A superb selection of community stalls with plenty of advice, activities and fundraising. The Salvation Army Choir and Band holds a community service in the main marquee on the Sunday morning. Lots of ‘have a go activities’ and a Fun Dog Show. 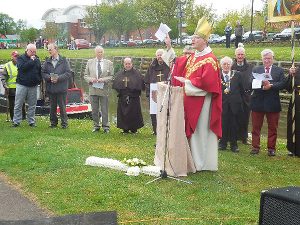 Saturday mornings find the annual ‘Blessing the Upwich Brine Pit’ and procession. This will take place once again in 2020. 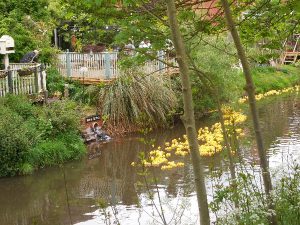 One of the main highlights of St Richard’s Canal Festival in previous years has been the annual ‘Great Droitwich Duck Race’. For 2020 this will take place on the Sunday afternoon at 4.30pm. The ducks make their way down the River Salwarpe, in Vines Park, in an exciting race to the finish. Tickets are priced at £1 each with fantastic prizes on offer.